3 REASONS WHY YOU SHOULD DO PRE-DEGREE BEFORE UNIVERSITY;COLLEGE

- April 23, 2016
3 REASONS WHY YOU SHOULD DO PRE-DEGREE BEFORE UNIVERSITY: COLLEGE 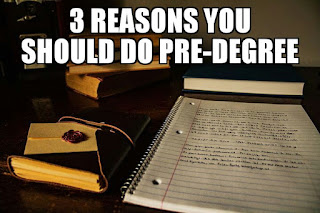 Seeking admission in Nigerian Universities has never been more difficult than no. Tons of thousands of students write JAMB every year and only a measure sum of them make it into the University.
People have spent literally 10 years or even more writing JAMB and POST UTME hoping to gain admission year after year. The reasons could be because they are waiting for the particular courses of their choice
With the any alternatives to going to the University available like polytechnic, colleges of education, teachers training Institutes and other tertiary institutions,  there are valid reasons why one will insist on going to the University. This is the subject of another discuss.
PRE-DEGREE  is a pre- admission program organised by institutions for students who wish the promise of giving them admission if after lectures and exams they pass and qualify to be granted admission. the major argument against Pre-degree especially in Nigeria is the cost. It is mostly costlier than regular students fees. But despite the cost and other arguments doing a PRE-DEGREE is definitely a grounded solution to the "long search for admission"  problem.
Here are some reasons I feel you should do Pre-degree

1) HIGHER CHANCES.
most schools in Nigeria has the option of Pre-degree in their curriculum. Some call it different names; Basic, certificate, pre-screened etc.  Pre-degree increases your odds of gaining admission since it's a channel and you still have the liberty of writing JAMB with two University choices. So with hope of admission from three different sources the probability definitely increases unlike who had just 2 choices for.  JAMB

2) PRE-DEGREE INCREASES YOUR CHANCES OF GAINING ADMISION THROUGH JAMB/ POST UTME
Someone may ask what connection Pre-degree has with post utme. But one need not think much to see and even from experiences that Pre-degree students become better due to the program. Most of there secondary school deficiencies are made up for in the program. The Pre-degree curriculum is still O level but this time tailored towards what the University wants the to know and be good at. The same O level which is JAMB curriculum. Haven gone through the usually rigorous and competitive Pre-degree program, they become very good.
Statistics show that best Jamb and post UTME students in schools happen to be their Pre-degree students who also wrote Jamb. So we have them gaining more that  one admission in the same institution.
Another not farfetched reason for this trend is that the same teachers that teach Pre-degree students in these schools and set their examination questions are the same that coordinate the University post utme exams. Therefore the questions look similar sometimes repeated, with Similar  examples. Is it not wise to be taught by the same teacher who will set your exams? Little wonder Pre-degree students fill up University post UTME admission merit lists before the jambito Newcomers are mentioned.

3) PRE-DEGREE PREPARES YOU FOR LIFE AS UNDERGRADUATES.
Most students coming out of secondary school these days are too young. It is not unlikely to see 15,16 year olds writing JAMB and with physical immaturity comes lack of emotional and psychological immaturity needed for the undergraduate program which is a world of independence and personal leadership. Pre-degree tends to prepare fresh students to face the challenges of that life. It trains them in reading for long, rushing for classes,  for buses and for survival in the very competitive and rigorous program. Students normally come out a little more mature than their naive jambitos. No wonder they seam to adapt more in their year1 know their way around, already settled,  do better academically at first. Even little class politics of "who will be course rep of the new class"  is usually held by the office early who did Pre-degree. But the results speak for themselves, and if someone is still too young or has stayed at home for too long waiting for admission. Then I think they should seriously consider doing Pre-degree.

Popular posts from this blog

25 PROVEN IDEAS FOR PASSING ANY EXAM 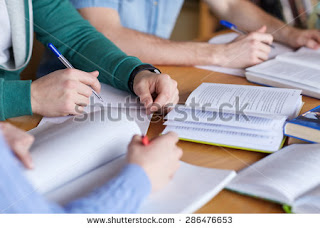 Passing Examinations is an art. If you do not have the skills you will keep having poor results even when you are hard working as a student. There are powerful information that if at your disposal you will hardly fail at exams if properly implemented and I do not mean malpractice. Exams become more effortless with the right kind of knowledge.
Below are a set of 25 ideas that have been proven time and again to guarantee in exam success starting for the preparation to the exams proper. If applied your exams will become more passable than ever.

-WHEN EXAMS ARE STILL FAR

1.   Get the course curriculum and a list of recommended text books and materials

2.   Gather all the materials, text books or notes from senior colleagues that you will need for this exams. Buy the ones you can.

3.   Talk to a senior colleague or someone who has written and passed the exam (better still someone that just passed the exam the last time it was written) the more people you can talk to the b…
Read more 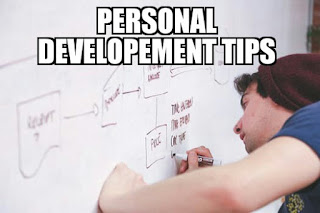 1. Make friends with successful people and occasionally buy them gift and surprise them with lunch because successful people always give and hardly get, so when you give them, they value the gift a lot.
2. Get a mentor and follow his instructions and respect the relationship. Never beg your mentor for money or disrespect his or her privacy.
3. Make new positive friends as often as possible and ensure you keep the communication line open. Create a network of friends and not just connections.
5. Show kindness to everyone. Some small boys today will be big boys tomorrow. The biggest dog in the neighborhood was once a puppy. And keep the information/secret to yourself.
6. Always plan ahead and be proactive. He that plans the future work less in the future.
7. Listen to speeches and messages from great teachers. Both religious and educational.
8. Attend seminars and training on any area you need to improve yourself. Train the trainer, personal development, public speaking, sales etc.
9. H…
Read more

5 Courses that prepare you to work anywhere

- April 16, 2018
If you wish to study any course that'll help you work anywhere, you'll need to check out these five courses.

The quest to get a High paying job after school is no doubt the dream of every student.

There are certain courses that prepare you to work in any field and makes you useful and relevant in any work environment you find yourself.

Communication is one course that grooms you to work anywhere and still gives you a satisfying experience wherever you find yourself.

As a communication graduate, you can decide to switch lines and do master's program in other disciplines like Marketing which also requires some degrees of communication skills.

Also, if you choose to go into Management, Business or even teaching, your communication knowledge and skills will help you communicate your way to success.

NeXt Consulting ideas for business success 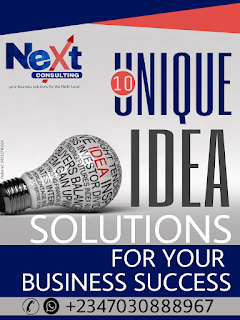 We believe every Business, Idea, Project, Or Organisation has a NeXt Level of Operation and Execution. A NeXt Phase in its Productivity and Profitability.

NeXt Consulting is that Business designed to get there.

We work with you for a few days and generate NeXt Level ideas that will immediately improve your Business or Organisation.

We help find lasting, applicable and timely solutions to the greatest challenges facing your Business with the view of launching you to the NeXt Level of Profitability and influence

We guarantee you a minimum of TEN (10) unique Ideas that represent the NeXt Stage of operations for your Business or Project.

That Idea or Project in your head you do not know how to go about it, talk …
Read more

"STUDENT" IS NOT AN OCCUPATION. 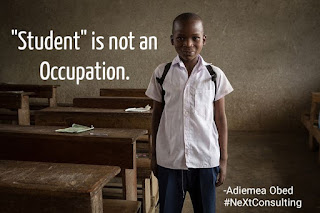 Dear Nigerian youth, there is a mindset that is robbing you of your relevance and delaying your big break.
It is the idea that "I am still a student"
Question: What do you do for money? What is your occupation
Answer: I am a student.
Me: Like seriously?
The mindset of  "School vs Labour market" That after  finish school then you enter the labour market. As if the two are mutually exclusive.
Whoever said you must put your life, your ideas, talents and passions on hold because you are in school didn't tell you the truth.
Whoever says you should  "concentrate in school" at the expense of your big idea and discovered purpose didn't do you a lot of good.
That mindset has delayed and killed so many good ideas, talents and passions. It has stifled the spirit of creativity and reduced maximum productivity among African youths.
The labour market is not waiting for you to finish school. Your destiny should not be played with like that. Those who did it are more regre…
Read more 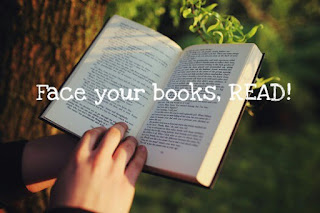 Once you are a youth, Either in the University, any tertiary institution or still completing your O-Levels or even waiting for admission; You must have heard this cliche a lot. "face your books". From Parents, teachers, seniors even friends. You are probably tired of hearing it. As if reading is the only thing you should do with your life as a student. There is even a new one.  "leave Facebook and face your books" Used to harass students. It is unfortunately the statement has so much been used and  misused that it has almost lost any message it was meant to pass across by whoever first said it.    I want to submit to you, that irrespective of who is saying it and for whatever reason. That saying is not a mire cliche for harassment. You are a youth, young with a future to prepare for. There is a job you must do and do now in preparation for your tomorrow, Whether in the tertiary institutions or O-levels. Most of us are actually paid  to do it some very hands…
Read more